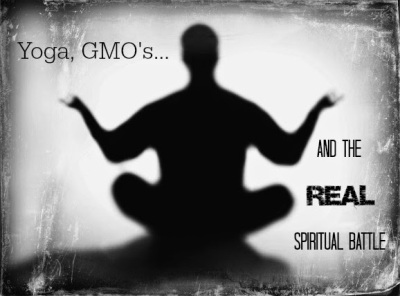 Satan attacks Christian families. It’s true. Maybe you were never very aware of it until you became a parent yourself. The thought is sobering. The automatic question is: How? What’s his strategy? Getting it wrong means we could fall prey to his tactics without even knowing it. Sometimes we think we are arming ourselves for battle when we’re actually playing right into his hand. Can you relate to any of the following three examples?

Looking for a fresh new Bible study? Pick up your copy of The Gospel-Centered Mom on Amazon! Buy yours here!

8 thoughts on “Yoga, GMO’s, and the REAL Spiritual Battle”